Experts in 1950s Italian coachbuilding, please have a look at the question at the bottom of this page!!

The four Farina Jupiters were built on standard fully-equipped Jupiter rolling chassis.
The chassis were delivered from the works to Italy as follows: 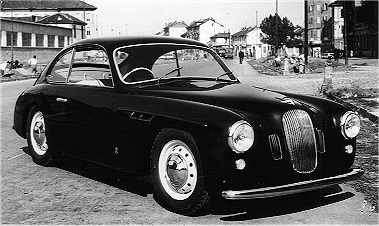 ABOVE: Farina Jupiter E0 SA 7R outside the Stabilimenti Farina works in Italy before delivery to Paris for the exhibition there.

BELOW: The same car after a five-year sojourn in Malaya (1953-1958) and a longer sojourn in New Zealand, showing Jaguar grille.  These photos were taken in the 1980s in NZ, but the car, now back in the UK, probably looks fairly similar at the moment. We now have most of the history of this car before it went to Singapore and what happened when it got there!

Here shown below are some photos of Farina Jupiter E0 SA 33R, resident in California now but found by Ted Miller in Chicago in 1988. An advert spotted by Ted (in an old Road and Track magazine) and successfully followed up, declared somewhat optimistically "1951 Ferrari - may be custom bodied Jowett. Excellent Farina alum. body.
Running Ford V8. Interior and brakes need work...".

Below, as recovered from Chicago to California in 1989

BELOW: some photos of Farina E1 SA 109R  being personally restored by Pat Lockyer:-

Farina Jupiter E1 SA 109R getting close to the re-finishing :-

And now (26 February 2003), Farina Jupiter E1 SA 109R has passed its MoT, has passed preliminary road-testing, and is awaiting its journey to the trim shop: 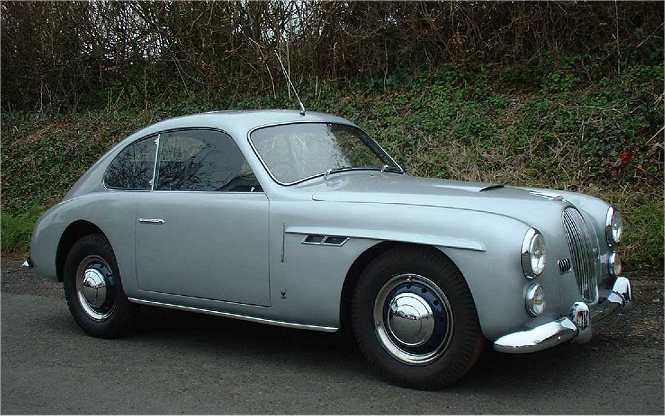 The dash is now as it once was, and as it should be.

Fifty-two years have been rolled back by sympathetic restoration: 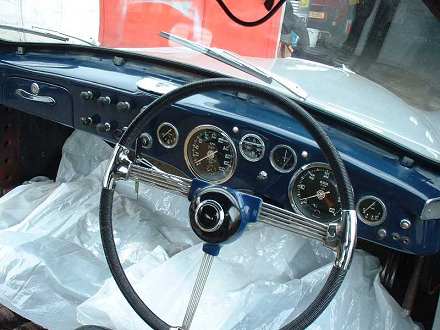 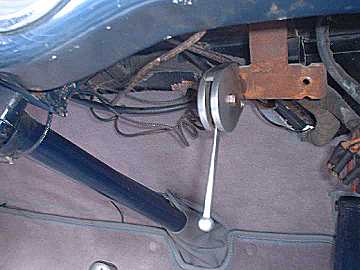 Italian car experts who have got this far, here is a poser for you! Look at the two pictures below and e-mail the answer to the question - which Italian car of about 1950-1951 is this special-bodied Jupiter based on? Could it be the Fiat 8V Zagato?