Part of the magazine page of the definitive Jowett Jupiter website

Follow me on Twits-here, on Handbook, and of course on Whobute

Middle right, Pete Dixon talks to the son of the late Charles Grandfield. Grandfield was Jowett's Engineering Manager and so he was the man behind the R1 project and much else at Jowett. This chance meeting must have been an exciting moment for both men. Thanks to John Blazé for the photo

J&M Classics now have their Jupiter Mk1 scale model available, based on my Jupiter NNK 560 even with luggage rack.

A good job they have made of it too. Available from Marquart 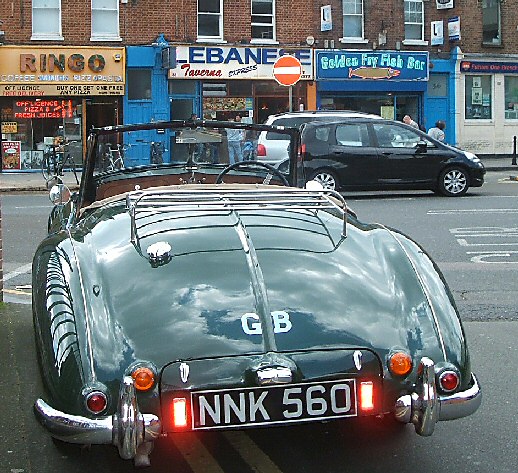 Congratulations to Jon Andersen! On Sunday June 1, his Jupiter was awarded the second-place trophy in it's class at the third annual Los Angeles Concours d' Elegance, which took place at the Pasadena Rose Bowl. 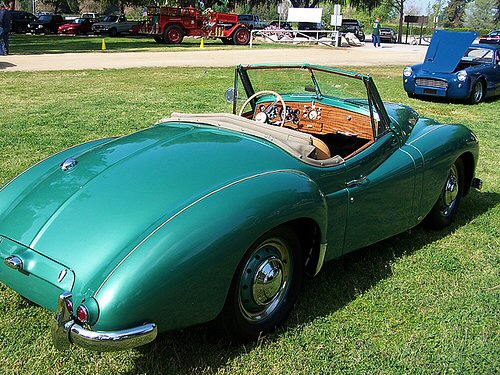 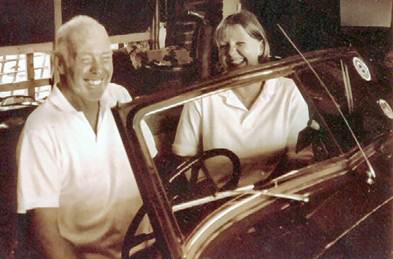 Jacqui Bryan has this to say about Tim: He battled magnificently for the seven years since his first operation and is an inspiration to us all - he never let it get in the way of doing what he wanted, as witnessed by the Jupitour 2007. It is hard to come to terms with the loss but thank goodness we all had the chance to know him. Howard is devastated to lose his lifelong friend. Tim always took great enjoyment out of life and that was wonderfully infectious. We were out there in March to celebrate our wedding anniversaries together, and despite everything he had to cope with, he managed to get around and wine and dine as usual - even managing to get out in his Jupiter with Howard

The Nankivell Jupiters - not just "get it out of the garage" day. Three out 4 photos taken at the Plough, Henfield

Below: Spring 2008; Andy Stevens and SC Jupiter getting a quote for some welding work.

An ex-USA Mk1a Jupiter is under intensive restoration in France. Vic Boddy is doing the good work. ph early 2008

Jacky Gruz is the envy of his local classic car fraternity with his well-restored Jupiter. The car has been made a light as possible and has vents at the rear of the bonnet to assist the extraction of hot air from behind the radiator. The 2007 events the car has attended include the Ronde Historique du Mont du Chat and the Ronde de Montagnole, both in the Haute Savoie region of alpine France 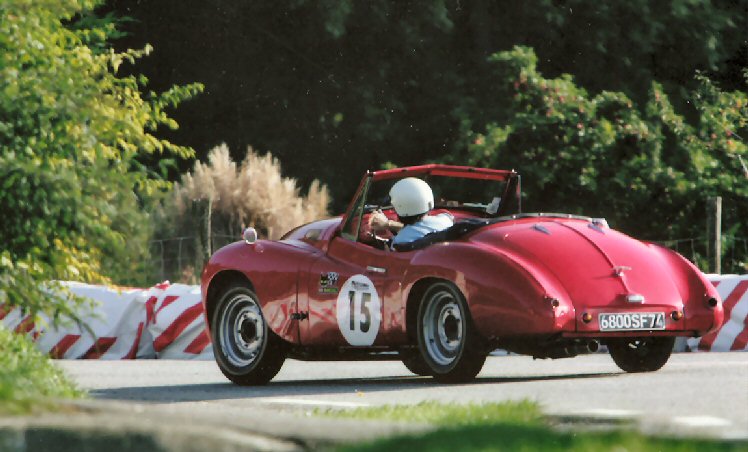 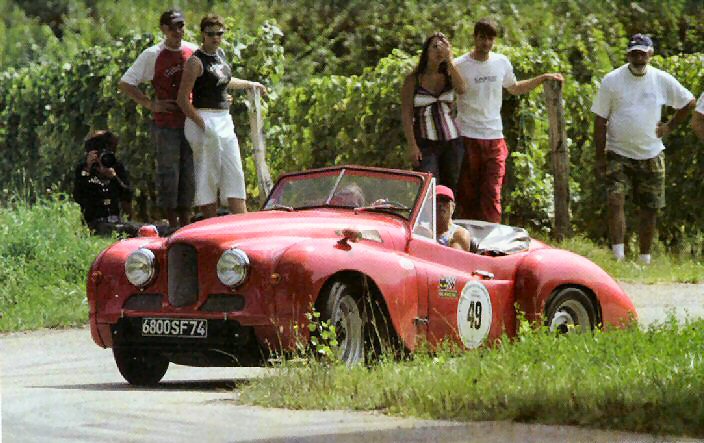 The above picture (courtesy Morgan man Brian Lee) shows Mike and Judith Chevers, who have located to France with their two Jupiters, driving through the village of Esse in the Charente in France recently. Mike and Judith entered two local rallies, in one the mayor provided a free four-course meal for all participants.

Photographs taken in 2004 below. Top left, Roy Watling-Greenwood, who in 1953 built single-handedly the special bodied Jupiter known as GAP 6 - an almost exact replica of standard. The remaining 5 photos were taken at the recent Ardingly Festival of Transport.

Centre left: Mrs Joyce Swayne, widow of the man who bought a Jupiter in 1953 when it was 6 months old. The family still have the car! See further below for pictures of the unsheeting of this car.

The standard Jupiter shown immediately below is owned by John Hodgekinson, who is also responsible for the oil cooler installation top right.

2006 is the 50th year of the Jowett Car Club of Australia and they are aiming for an unprecedented 50 Jowetts. They normally get just a few more than 20, but our resourceful Australian friends are already planning how this may be achieved in such a large country. 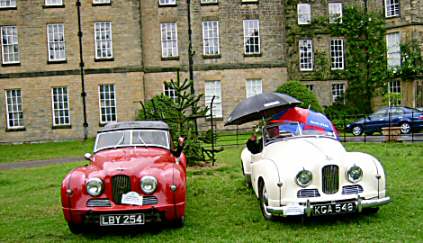 Photo taken at the end of the run (in the rain!) at Renishaw Hall - by Frank Woolley

Jupiter seen near Croydon South of London in 2004 for the first time in 40 years when it was laid up under sheets.

These are our links to the outside world. But gluttons for yet more chit-chat about Jupiters might wish to jump to the Magazine overflow page.

Did you know that British sports cars defy the laws of physics? You didn't???

The UK Motor Sport Index is committed to being the definitive unified information source for motor sport of all forms (whatever the governing body) taking place in the United Kingdom.

This includes sport for historics.

The Jowett Car Club now has its own website.

Another Bradford website covers many other issues some connected with local government of the city, some not. Try it! And while you are at it what do you know about the Bronte Country?

Here is an online www.classicmotorauction.com Classic Car auction website. Your car can be auctioned with Classic Car Auctions whilst being secure in your possession. The need to travel miles to view a car that is often not as expected is eliminated; the company ensures that the vehicles offered are as described and have safeguards in the unlikely event that the vehicle is not as expected.

Well, there WAS a Jowett.com website, in fact there is again such a website. But there wasn't much on it last time I looked. It was devoted to an American clothing mill of the name Jowett Garment Factory based in El Monte, California. Here was one of their products being modelled: 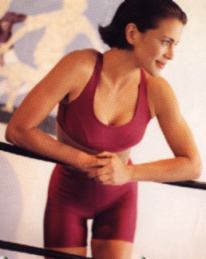